Tuscany is a land of extraordinary cities and villages, a portion of Italy of incomparable beauty.  Every year this region is visited by millions of tourists who come there to appreciate its history, explore its cities and be amazed by a myriad of details.  To get to know it better, we have chosen to travel around Tuscany by electric car, with an itinerary that can reveal the most varied and intriguing aspects.

From the far north to the deep south is a succession of unique landscapes, expanses of cultivated fields that alternate with wooded mountains and hills. And then there are the long and varied coastline, which combines wide sandy beaches with spectacular cliffs, lagoons with promontories and gulfs, and the Tuscan Archipelago, composed of enchanting islands.

From Pisa, rich in history and architectural treasures of inestimable value, we reached one of the best preserved medieval villages in the region, Capalbio, passing through hills, plains, a long stretch of riviera, lagoons and gulfs. A journey through the natural and historical beauties of this region that is, indisputably, among the richest and most beautiful in Italy.

It is after the recharge made at  the  Plenitude + Be Charge column in the Pisan center of Calcinaia, in via Delle Case Bianche, that we leave for nearby Pisa. Among the unmissable stops for anyone planning a holiday in Tuscany, by electric car or not, Pisa is famous for its Leaning Tower.

We head towards Piazza dei Miracoli, a UNESCO World Heritage Site since 1987. Enchanting its glance, with the cathedral of Santa Maria Assunta, among the masterpieces of Romanesque architecture and testimony of the prestige and wealth that reached the Maritime Republic of Pisa in its heyday, the baptistery of San Giovanni, the largest in the world, where the Pisan Romanesque meets Gothic details, the bell tower, the famous Leaning Tower,  56 meters high and characterized by its singular inclination that makes it unique, and the Monumental cemetery, the ancient burial place of the city, which houses important sarcophagi.

Do not miss the walkway of the walls, which allows you to enjoy the view of the city at a height of 11 meters, and the Museum of Ancient Ships, located in the Medici Arsenals, where seven boats from the Roman era are exhibited. From Pisa we also explore the rest of the city, among shops and shops, and the picturesque Lungarni, before stopping for lunch, and tasting a typical locality, a plate of spaghetti with arselle caught in the waters of serchio or Gombo.

We leave Pisa to head to one of the most beautiful and interesting historical cities in the region, Volterra. From the Pisan plain we climb the hills, the beautiful Tuscan hills dotted with characteristic farmhouses. Here appears Volterra, built on a hill between the valleys of the Era and Cecina. You can still breathe the Middle Ages in this pearl of the Tuscan hinterland, an ancient Etruscan center, and home to an important episcopal lordship in medieval times.

An important artisan center, known for the processing of alabaster, the city offers beautiful views that allow you to take a leap into the past; to see the cathedral of Santa Maria Assunta and the baptistery of San Giovanni, important expressions of medieval art. The heart of the city is Piazza dei Priori, overlooked by the oldest town hall in the region, begun in 1208, the Palazzo dei Priori.  In addition to the interesting museums, including the Etruscan one, the Etruscan Acropolis and the Roman Theater are not to be missed.

And then you just have to enjoy the city, with the alabaster shops but also the many delicatessens and wine bars where we buy local specialties such as wild boar salami and vin Santo. For dinner we choose one of the characteristic restaurants of the historic center where we are served croutons and bruschetta and a plate of rigatoni with rabbit.

It is a long and sinuous strip of asphalt that descends from Volterra to the town of Cecina. We stop for a walk and for a stop on the sea in what is one of the most popular seaside resorts of the Tuscan coast.  We leave Cecina to head to the beautiful Populonia, as important as an ancient Etruscan city, located on top of a hill surrounded by a crystal clear sea.

In a dominant position, it stands on one of the promontories that form the beautiful Gulf of Baratti, where one of the most beautiful beaches of the Tuscan Maremma is located. Do not miss a visit to the Archaeological Park of Baratti Populonia, to which we join a visit to the village, embellished by the ancient tower and the fortress of appiani, where, between artisan shops and shops, it is difficult not to shop. For lunch we go down to Baratti and treat ourselves to a grilled beef fillet with rustic baked potatoes.

A few kilometers from Populonia we reach Piombino, an important maritime base located in the final stretch of the Etruscan Coast, from where ships leave and arrive for the transport of goods and passengers to Corsica, Sardinia and the islands of the Tuscan Archipelago.

We take a walk in Corso Vittorio Emanuele, and in the historic center of the city we appreciate the Clock Tower and the Town Hall; we then reach Piazza Bovio, one of the most beautiful panoramic points of the Tuscan coast, a splendid balcony on the Island of Elba.

We leave Piombino to head, for the evening, to Suvereto, where, after having traveled over two hundred kilometers, we leave the car to recharge at the Plenitude + Be Charge column of Suvereto Capolinea. We take the opportunity to take a walk in the beautiful old town, dominated by the Aldobrandesca fortress and characterized by picturesque medieval streets.

Rich in historic buildings, it offers, among others, the convent of San Francesco, where you can visit the beautiful cloister. For dinner we taste the ricotta and pecorino gnocchi, to continue with a beautiful wild boar steak that we water with a full-bodied Tuscan red wine, the Morellino di Scansano.

We jump aboard our electric car to Follonica, one of the main seaside destinations in Tuscany, located in the center of the homonymous gulf, with crystal clear waters, where we allow ourselves a regenerating and long walk on the sea and among the shops of the center.

Lunch based on fish in a restaurant in the town with a seafood salad, spaghetti with clams and fisherwoman’s morsels, which we accompany with a prestigious Tuscan white wine, Vernaccia di San Gimignano.

We leave the lively Follonica to continue southwards, towards another important Maremma center, Castiglione della Pescaia.  Located at the north-western end of the vast Pineta del Tombolo, it combines a beautiful coastline with the extraordinary historic center perched on a hill in a dominant position on the coast. Ancient buildings, including Palazzo Centurioni, and the church of Santa Maria del Giglio, join the castle with crenellated towers, once a watchtower.

Splendid is the glance that Piazza Solti offers, an enchanting belvedere that offers the view between Punta Ala and the Uccellina Mountains, an important hilly group that runs along the coastal strip of the Grosseto Maremma, where the horizon consists of the silhouettes of the Island of Giglio, the Island of Elba and, on particularly clear days, of Corsica. For dinner we choose linguine with rock, a slice of tuna and roast potatoes.

Departure in the early morning for Talamone, which we reach after having traveled flat areas between cultivated areas and fields. Among the most picturesque places in the Maremma, Talamone offers views of the sea, the Argentario and the Island of Giglio.  Perched on a rocky promontory, it was a thriving Etruscan center and, in 1860, it was a port of the Thousand by Giuseppe Garibaldi to whom, in the square of the same name, there is a monument dedicated to him.

We leave Talamone to continue towards Orbetello, a charming place where we take a walk through shops and clubs. Located on a thin strip of land in the middle of an important WWF oasis, it seems to emerge from the waters that divide it from the tombolo of Feniglia on one side and from that of Giannella on the other.  There are two main stages of the walk in Orbetello: one to see the Spanish Mill located in the center of the waters of the lagoon, and the other to see the cathedral of Santa Maria Assunta, which offers a beautiful rose window on the façade. Delicious stop in a restaurant in Orbetello where we enjoy a good plate of spaghetti alla chitarra with sea bass sauce and a grilled sea bream.

In the afternoon we dedicate it all to Porto Santo Stefano, capital of the municipality of Monte Argentario. Divided into four historic districts, Croce, Pilarella, Fortezza and Valle, it is a starting point for those who want to visit and make excursions to the nearby islands of Giglio and Giannutri.

After a long walk along the sea, which allows us to admire the beautiful seabed, in addition to the glance of the town, we allow ourselves a few hours of relaxation on the beach of Pozzarello. Fish dinner with a nice grill that we accompany, once again, with the excellent Vernaccia di San Gimignano, and we close with a lemon sorbet.

Morning in Porto Ercole, another picturesque town of the Argentario. Splendid its sea and its coastline, in addition to the characteristic village from the access door surmounted by the clock tower on which an inscription recalls that Caravaggio lived there, and the fortifications that characterize the area. Forte Filippo, the rocca and forte Stella are authentic architectural jewels perfectly preserved that tell the story of this interesting seaside resort in southern Tuscany.  The morning of relaxation and walks through Porto Ercole ends with a lunch still based on fish with a nice slice of grilled tuna and a salad.

We end our itinerary by electric car in Tuscany leaving the beautiful sea of the Argentario to head inland, in one of the most beautiful villages of the Maremma, Capalbio. It is in the enchantment of its alleys that we find peace and tranquility, after having enjoyed in the last days of the itinerary, the sea and its liveliness.  Capalbio is an enchanted village at almost three hundred meters above sea level, enclosed within the walls and dominated by a medieval fortress. Beautiful views of the sea, the Tuscan Archipelago and the countryside that the village gives us. The last supper of the holiday is a riot of typical Tuscan flavors. To the pappardelle with wild boar we combine a tasty stew, always of wild boar, well watered by one of the great reds of Tuscany, Chianti.

Article by Luca Sartori for E-Borghi 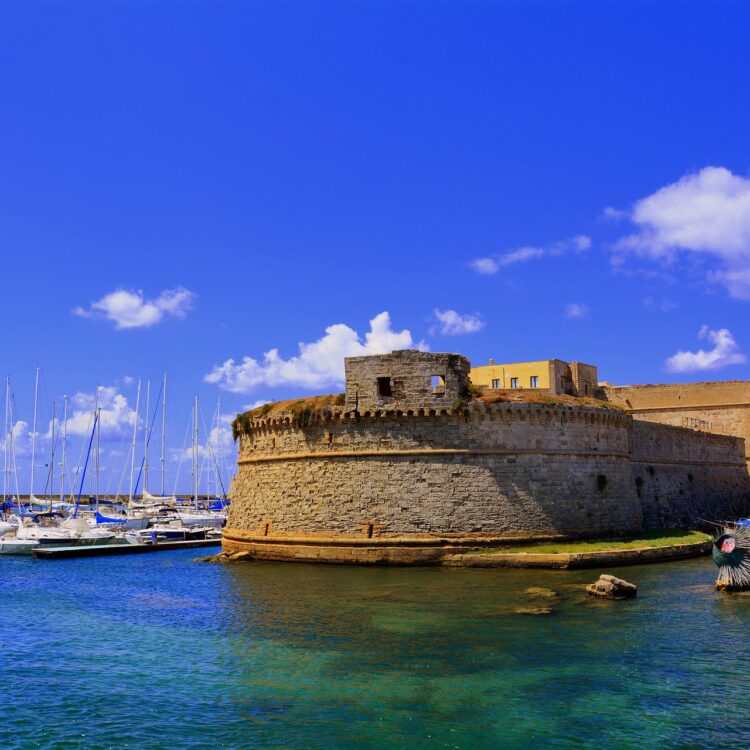