We won’t be able to say “no”: the forthcoming electric city-cars are plentiful and truly interesting

Over the next months and by 2021, all the major automotive companies are ramping up to meet EV market demands with tempting models. Italy counts on the 500e to gain its place in a Top10 classification of compact cars where it is impossible to lead without innovation and providing the user added value.

For those who know the automotive world and current trends, 2020 is a year of reckoning. In spite of the pandemic and the overwhelming crisis throughout the entire automotive production and supply chain, especially during the lockdown, the leap into the second decade of the twenty-first century means EV that appeal to the masses. Enough with analyses, models with mid-term hypotheses, and lots of attractive electric concept cars. Now we’re at the point of verifiable, hands-on substance for all of them, or nearly.

For Italy there is the new Fiat 500 BEV, that cannot but be the point of reference in the domestic market. This unprecedented city car of Turin’s A-segment (a category in the European Commission passenger car classification system used for city cars, the smallest category of passenger cars defined) featuring an engine capable of 118CV, is up against several rivals in Europe alone and not only. These are not specifically designed and engineered models, but rather by-products with a classic imprinting, brimming with compromises. The debutants in 2020 and 2021 are cars born on floors and with ad-hoc vehicle systems for full electrification (BEV). It doesn’t sound like much, behind names and familiar silhouettes, but it is precisely this new generation of compact electric autos that is marking the dawning or a new era for users and for the aftermarket (in addition to engines and power, even the air conditioning systems and tyres change, for example).

Many historians can cite the models that “motorised” specific nations, obviously starting with the original 500 for Italians and the Volkwagen Bug for the Germans, and in the future others will cite these post-Covid vehicles. The cars that literally “electrified” mobility. A target of users that stretches out inexorably, as seen from the first analyses of 2020 registrations. Driven by what was a “zero point” and not only by technical specs and incentives, but by products that are immediately appreciated for their appealing innovative effect.

By skimming off the cream of this crop, among those that are arriving at dealerships ready to exploit government-sponsored incentive campaigns (but also sponsored by manufacturers themselves, fully aware of how important it is to be the first in the spotlight), we have noticed much gossip about models with variable autonomy, but often reaching more than 350 km. A valid figure for most urban users, who will always find a way to “top up” the battery even when unnecessary on newly available points, or fully charge during the night. Certified autonomy and the increasing number of charging points on the territory are also useful figures in establishing a sense of trust with new car owners and older owners now bored with combustion engines.

The power transmission to the wheel, that often revolves around double the values of those of the popular Euro6 petrol-fuelled city-cars, are sufficient for zipping around in these vehicles. Only maximum speed is deliberately limited in all models by the control unit. A “negligible” value for many young people who want to observe traffic laws and safety regulations.  This is also a detail that is often disregarded but positive, for the mass diffusion of these new EV for mostly urban use. These have smaller and lighter batteries that are also cheaper to maintain and dispose of in the long run.

Auto manufacturers are placing their stakes on the services as related to new electrical vehicles always connected and rich in Infotainment that support many Apps. Prior to the long-awaited V2G, for the success of EV with new but prepared users, there will need to be a complementary relationship between costs and the sum of image and excellent software. Taxes, insurance, maintenance, operating costs in general (including limited traffic areas or parking) plus energy costs. A world that is analogous, yet nothing like that of combustion engine vehicles. A world that is now ready with the contractual support of financial and energy companies in partnership with the manufacturers. In this way the user’s initial approach to electric vehicles should be facilitated. Every dealership has its own protocols and plans to promote, and the final estimates of the individual manufacturers vary greatly, according to the models taken by way of example. It is easily estimated that 1,000+ euro a year can be saved, taking into account an average Italian driver for a city car or compact combustion engine vehicle replaced by a new generation 2020 electric model.

Cutting to the quick. Which are the most eagerly awaited segment A and B models for this fall and 2021? Below is a brief classification where Segment B is much more complicated, with ambitions that are not strictly urban and German and French giants that have been proclaiming “Electric for All” for years. During the seasons and with the various debuts, we could analyse the leaders in individual tests or targeted comparisons: in terms of driving, ADAS, Infotainment, and operating costs. For all there is the advantage of being truly new cars and not merely restyling done on decade-old floors, as happens for some combustion engine cars. 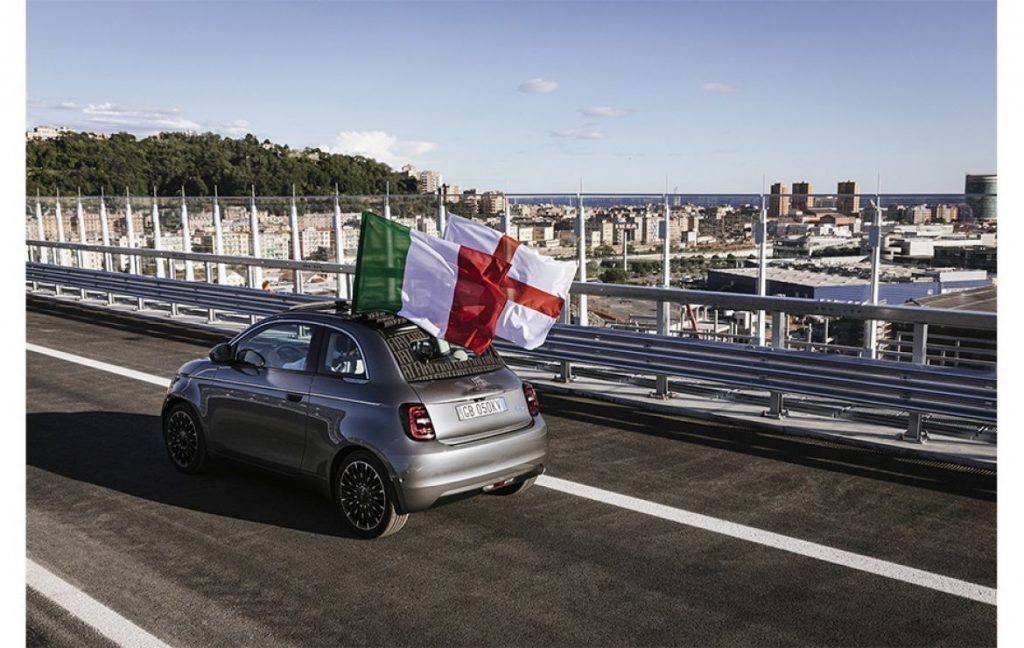 Underneath this timeless styling lies the advantage of a truly new and modular platform. This is the right one for a direct drive and even a sporty setting (118 CV, but we cannot exclude that sooner or later there will be an Abarth 500 BEV) and then: 42 kWh battery, quick charging at 85 kW (80% in 35 minutes) all the ADAS that as of today the 500 and Panda combustion models still lack as either standard or as optional equipment. The 400 km range promised for urban use (320 in WLTP) are an excellent point of reference in this segment to say the least. 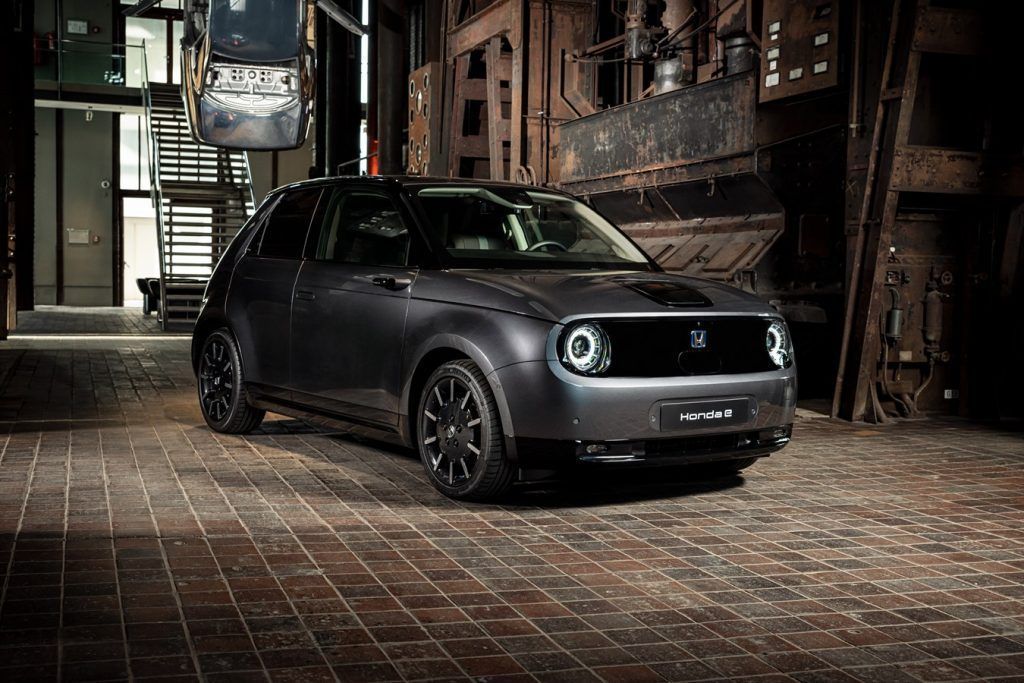 HONDA e. Long awaited and highly personalised, the triumph of apparent minimalism with Japanese-level technology. This is the most dangerous rival of the 500e, that, however, we will not be seeing soon in Italy.

This baby of the giant German group, Daimler, is the least new and perhaps also the least performing when it comes to technical specs (82 CV) relegated to large urban centres. Among its pros is that it was a pioneer model, and so has been broken in and maintains excellent resale prospects in a “you can’t lose” setting, unless your up against the 500e or highly innovative models. 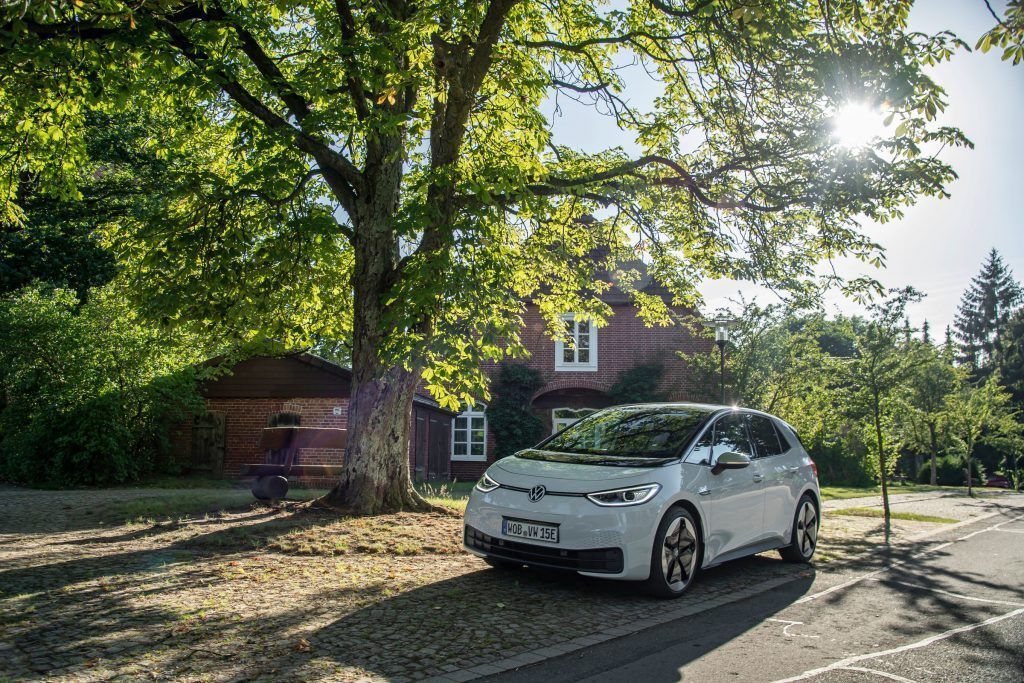 Entry level series in the world of EVs, with prices that – net of incentives, promotions, and discounts – will become truly appetising for many. They have something more than the Smart when it comes to performance, but less in appeal, also in terms of resale value. 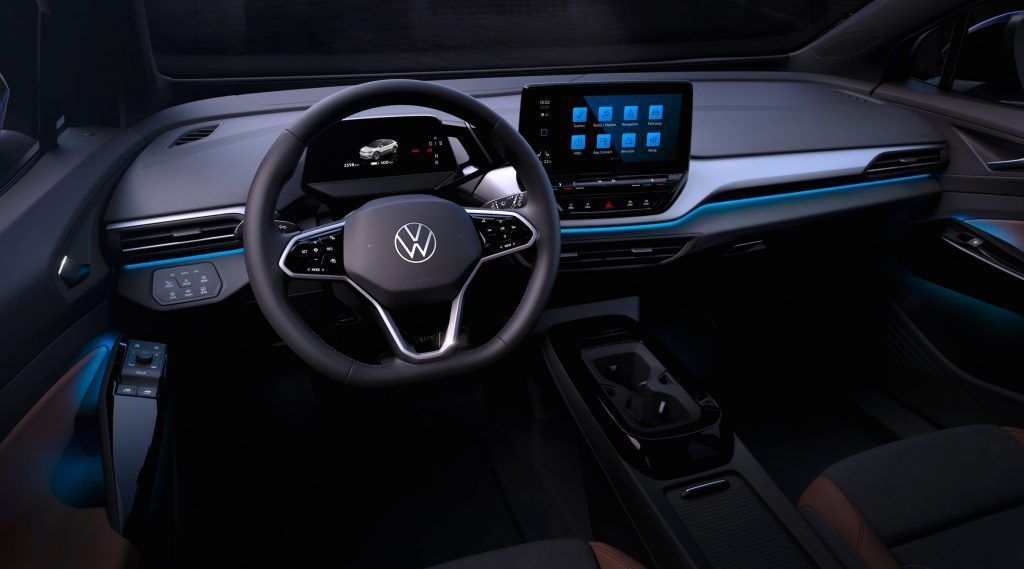 They look different on the outside, but essentially have the same DNA. A pair of aces that dropped out of the PSA in Segment B that, with 136CV, are a pleasure to drive and boast an ADAS slightly less than premium; these might interest buyers who are still fond of historic models.

A generational leap is also expected for the small and sensational, to drive, i3. In Segment A EV can still be the German model at the top of the premium list, with a high price however, in keeping with what it offers in equipment and resale appeal. 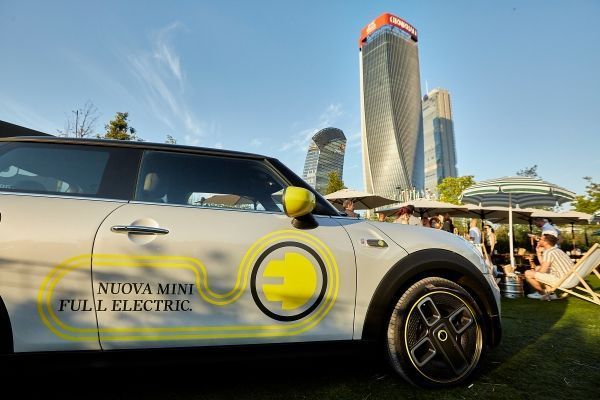 Honestly valid, attractive, rich, and connected, but above all and in every way “Mini”. This little English bird is indeed a delicious little tidbit. Its target, unlike the 500 and the 208, is however lovers of this brand who can afford to spend a bit more.

The French model is closest to the Japanese Honda and, in terms of personal style both inside and out, with signature and proprietary solutions. This model is also limited to a range of about 250 km in the city or a bit more, but makes up for it with 82CV and some carefully conceived warranty and maintenance formulas available. 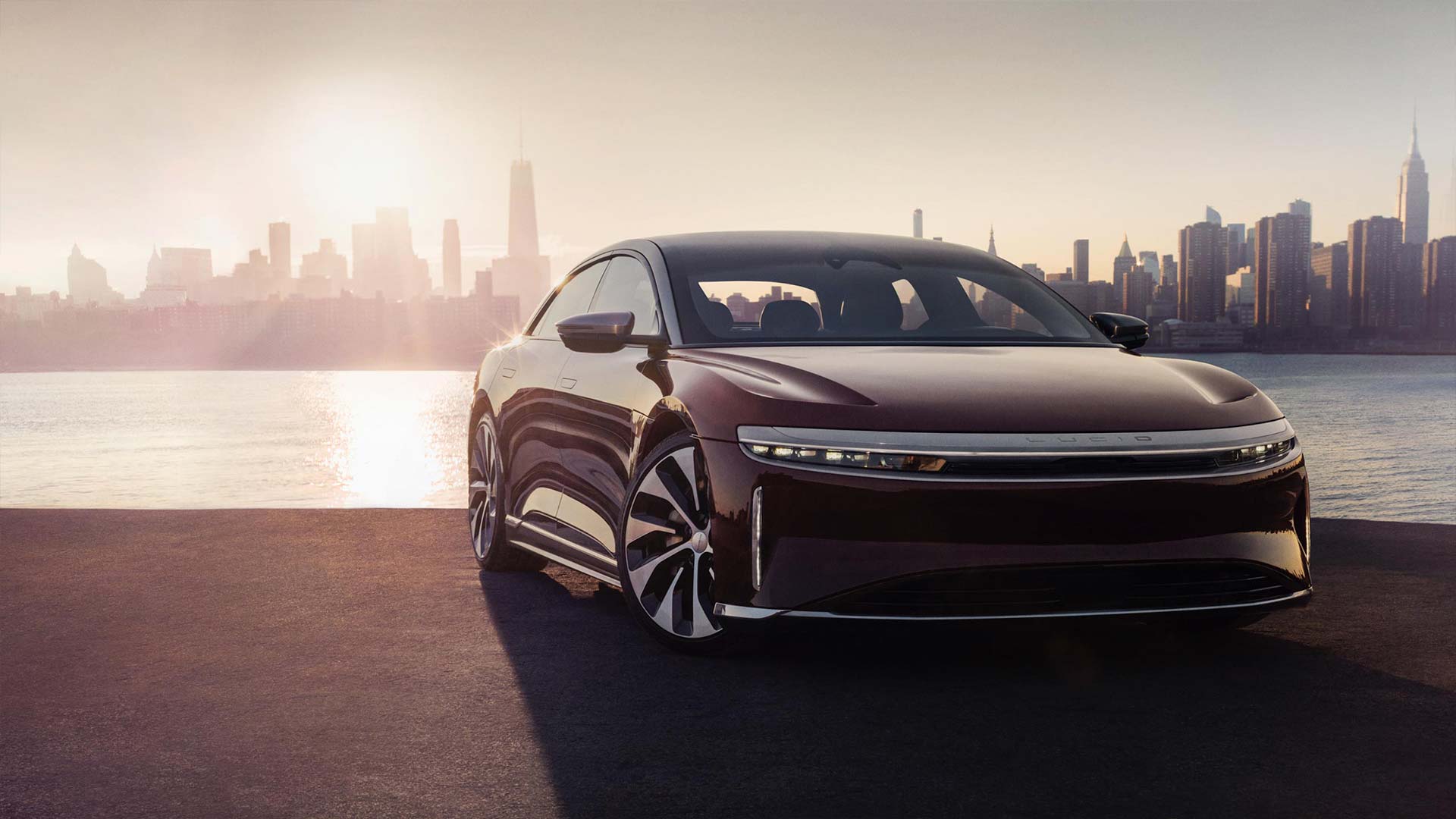 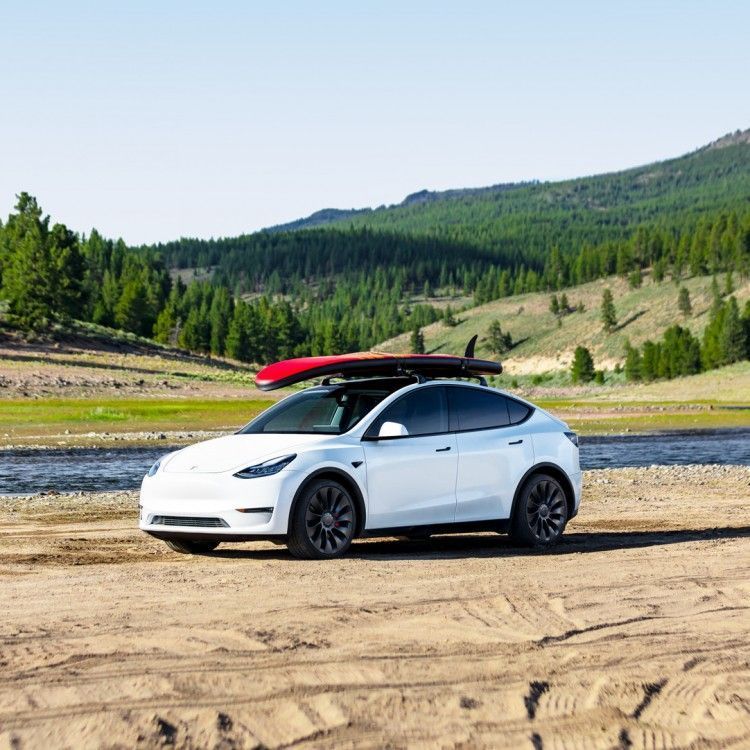 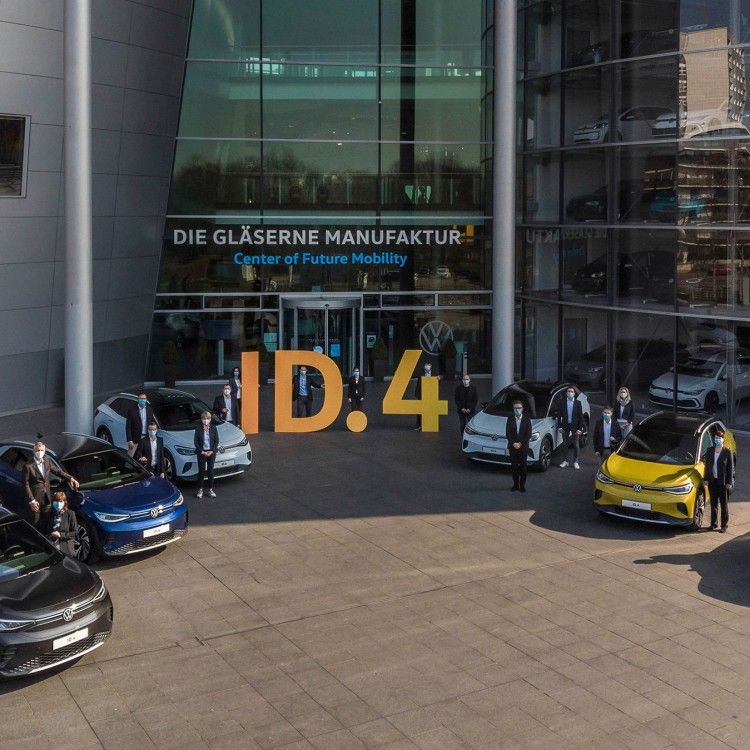 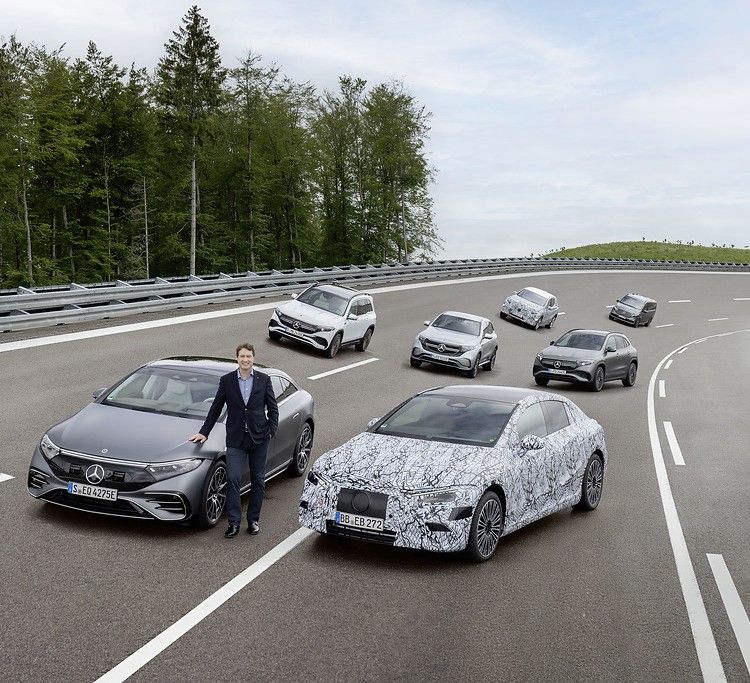