This time Be Charge’s E-Mobility Green Travel column touches on one of the key regions of central Italy: Le Marche. Between culture, relaxation and excellent gastronomy, we will be ready to spend a few carefree days without worrying about running out of gas.

Our journey begins on a Saturday morning in the beautiful town of Pesaro, where Be Charge is present with several recharging points. We decide to opt for a recharge at the Miralfiore car park, which takes its name from the homonymous city park located next to it, taking advantage of a pleasant walk.

Miralfiore Park is one of the city’s main green lungs and covers about 20 hectares. It is crossed by a cycle path and a raised pedestrian path, surrounded by trees and bushes. The park, full of charm and views, is very popular with the citizens and lends itself to various outdoor activities thanks to its natural amphitheatre. The area is also home to Villa Miralfiore, an ancient Renaissance residence that now houses the Glass Design Museum (open only at certain times of the year by appointment). An attentive eye can observe different types of trees: domestic and aleppo pines, holm oaks, rovelle and lime trees.

Taking advantage of the car park, which is always difficult to find during the summer in seaside resorts, we take the opportunity to stroll through the streets full of history in the centre of Pesaro. A few minutes’ walk from Miralfiore is the famous Piazza del Popolo: in the centre of the square is a Baroque fountain with water features, a series of stone statues and water nymphs. There are also other magnificent buildings around the square, including the Palazzo Ducale, the Comune Di Pesaro, the old Post Office, as well as the splendid Cathedral of San Terenzio. The construction of this church was only completed in the 20th century and features a neoclassical and Romanesque style with a simple but imposing front façade.

The interior contrasts greatly with the exterior and features a series of opulent whitewashed columns and some beautiful frescoes on the arches and basilica. Notable frescoes include Our Lady of Mercy and Our Lady with Child. Another architectural gem to look at before taking a break is Casa Ruggeri, one of the most beautiful and interesting houses in all of Pesaro, renowned for its fantastic architecture and intriguing floral façade. The villa is located in Piazza della Libertà and although it is not possible to enter the building, its façade is well worth a look.

In Piazza della Libertà there is another, more recent symbol of the Adriatic town: Pomodoro’s Sfera Grande. The imposing sculpture was created by sculptor Arnaldo Pomodoro in 1998 to replace the first example of the work, in polyester, which arrived in Pesaro in 1971 but was made in 1967 for the Montreal Expo. A twin work is now in Rome in front of the main entrance to the Farnesina, the headquarters of the Foreign Ministry.

At lunchtime, the coast becomes the perfect place for a refreshing meal, to be enjoyed in one of the many lidos scattered around the square. In the afternoon we could opt for a few hours of relaxation on the long beach in Pesaro, but we decide to return to take the car and head for one of the most evocative places in the Marche: Fiorenuzuola di Focara.

Fiorenzuola stands on a rocky spur overlooking the sea, in the centre of the Monte San Bartolo Regional Nature Park. From the top of the town, several small roads lead to the beach, which has not yet been invaded by mass tourism.

The village – now a hamlet – has Roman origins. Initially known only as Fiorenzuola, it still retains traces of its history. As you walk around, you can see the remains of the walls that surrounded the village (now under restoration, together with the side towers), medieval walls and gates and the bell tower of the church of Sant’Andrea, of which there are records dating back to the 12th century.

The most interesting detail, however, concerns what is on one of the village gates, where it is possible to read the verses that Dante dedicated precisely to Fiorenzuola in Canto XXVIII of his Inferno:

After having disposed of lunch and having immersed ourselves in the culture, it is time to go down to one of the little streets that lead to the sea, to enjoy an afternoon of relaxation on a beach surrounded by nature.

Little before the sunset we decide to go away, to avoid the traffic of the hour of peak, directed in a hotel where to spend the night. Our choice was the Hotel Ristorante La Perla in Camerano, in the province of Ancona, which we chose for its proximity to the place we will visit tomorrow and for the presence of the Be Charge recharging columns.

Fresh and rested, we decide to wake up early on this Sunday morning in June, heading for Recanati, the town where Giacomo Leopardi was born. Our visit can begin at the Recanati Museum and Municipal Gallery, which houses a rich collection of paintings by Lorenzo Lotto (1480-1556), including the famous Annunciation. The work dates from around 1527 and was originally painted for the Oratory of Santa Maria sopra Mercanti in Recanati, where it remained until 1952, when it was transferred to the Municipal Gallery.

Another valuable work by Lorenzo Lotto is the altarpiece of the Madonna and Child with Saints, and no less important is the St. John Pilgrim, probably dated 1512, which demonstrates the rules of perspective and the use of very modern forms with vibrant colour and light.

Other sections of the Museum include archaeological finds from the town, some finds linked to the figure of Giacomo Leopardi, and various other sections, dedicated to Beniamino Gigli (1890-1957), musical instruments, and finally contemporary artists from Recanati.

Continuing the visit we arrive in Piazza Leopardi where there is a monument dedicated to the famous poet and the church of San Domenico, in Romanesque style with a 15th century portal by Giuliano da Majano. A stone’s throw away, in Via Falleroni, stands the Duomo di Recanati, built at the end of the 14th century on the site of an older church, then rebuilt in the 18th century.

For the more curious, in the town centre there are also the churches of San Vito and Santa Maria di Montemorello. In Recanati, however, there are not only many churches but also many prestigious palaces. One of the best is Palazzo Venieri, built by Cardinal Giacomo Venieri (1422-1479) to a design by Giuliano da Majano, who also directed its construction. Situated on both sides of the city walls, it was conceived as a residence and castle town. The porticoes of the Renaissance courtyard on three sides have columns in Istrian stone with capitals and the cardinal’s coat of arms.

No visit to Recanati would be complete without a visit to the famous Palazzo Leopardi, located in Piazza Sabato del Villaggio. The present palace was renovated in the mid-18th century by the architect Canon Carlo Orazio Leopardi and houses the books that Monaldo accumulated from his father, a famous scholar and knowledgeable collector of rare books.

The library is mainly historical and contains over twenty-five thousand volumes. Count Monaldo Leopardi granted free access to these rooms to all his family, friends and fellow citizens. The library occupies five rooms, two of which are dedicated to Giacomo: one with works on the poet published after his death; the other containing manuscripts by the famous poet.

The first of these rooms features a portrait of Giacomo Leopardi, a pencil drawing by an artist called Luigi Lolli, with a curious story. Giacomo Leopardi did not want to have his portrait painted, perhaps because of the back deformity he suffered. However, during the publication of his collected works, he was persuaded by the lawyer Brighenti to publish the book with a pencil portrait by Luigi Lolli.

An engraving of this drawing was then made in Bologna, but neither the drawing nor the engraving pleased Leopardi, who wrote to his sister Pauline on 18 May 1830: “Dear Pilla, the painting is very ugly but you can show it around so that the people of Recanati can see that Leopardi’s hunchback counted for something in the world while the name of Recanati is unknown”.

After a cultural morning, lunch in Recanati could be a good idea. The town’s culinary tradition is in fact highly respected. Among the signature dishes are crostini with chicken livers, the famous ciauscolo, pasta with hare or duck sauce, risotto with quail, vincisgrassi or the traditional pasta and beans and pasta and chickpeas.

Other specialities include stewed gobbi, stuffed courgettes, roasted tomatoes and beans in porchetta. Be sure to pair good food with suitable wines such as Rosso Piceno, Rosso Conero and Bianco dei Colli di Macerata.

In the afternoon, after resting and enjoying the view of the famous Colle dell’Infinito, we decide to head for the sea, a few kilometres from Recanati, in the seaside town of the same name, Porto Recanati. There is a pleasant pebble beach in the town that has nothing to envy from more famous places.

At the end of the day, tired but happy, we decided to return home, ready for the next electric trip.

From Muggia to Venice, between castles, villages, sea, lagoons and the enchantment of Trieste and Venice 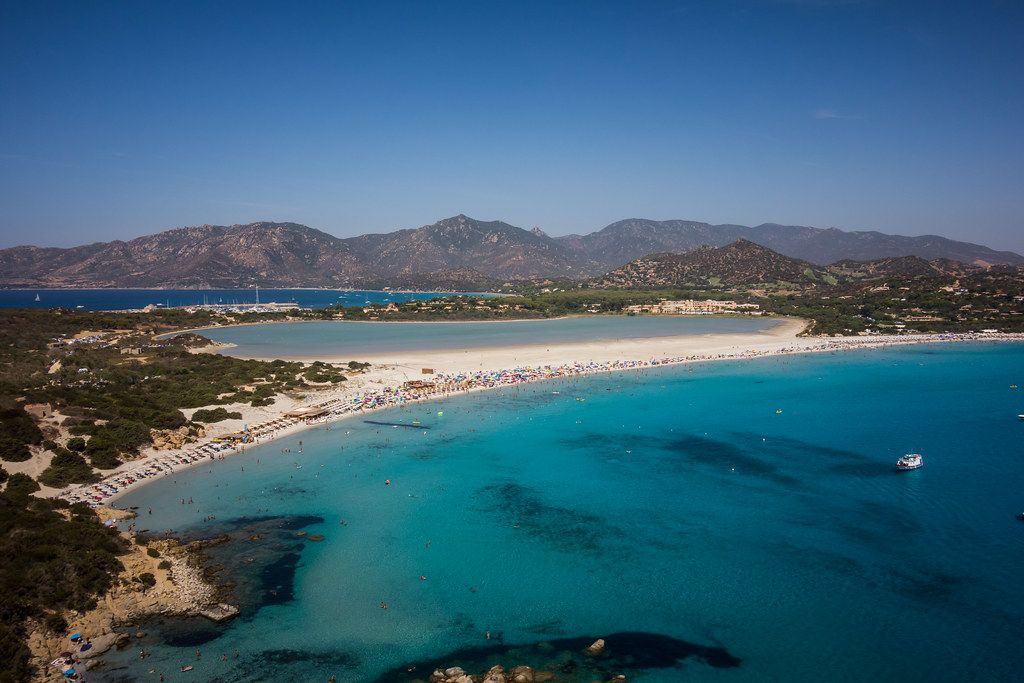 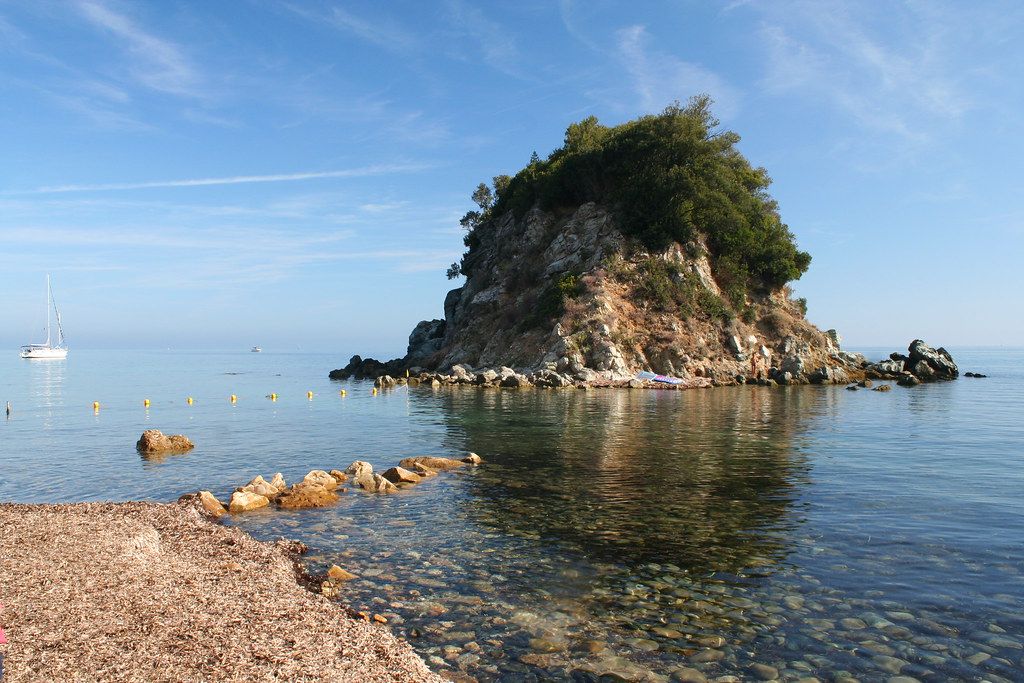 Discovering the Island of Elba by electric car