Are you ready for another weekend away? The order of the day is to escape from the routine, recharge your batteries, and discover all the beauty that Italy has to offer.

Last time we took you to the Tuscan vineyards, but today we’re talking to the romantics among you, giving you ideas for a couples’ getaway, tracing the historical passions and legends that beguiled even William Shakespeare.

Starting from Venice, the world famous city of love, we’ll get to know Verona, the backdrop for the passions of the Montagues and Capulets, the peace of Borghetto sul Mincio and its water mills, stopping off in Caldiero, to sample typical local delicacies.

Around an hour and a quarter’s drive from Venice and we’re at the gates of Verona. We park the car near the railway station, just a few steps from the heart of the city. Pass through the Portoni della Bra archways and we’re at the city’s largest square, Piazza Bra. 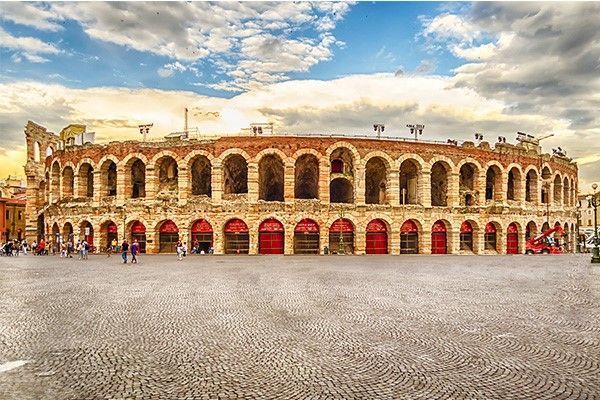 We’re welcomed to Verona by the Arena, in all its ancient splendour dating back to the 1st century.

This is the best-conserved amphitheatre of its age in the world, whose grandeur will astonish from every angle, and is without doubt the city’s major cultural site. Thanks to its Opera Season, held every year since 1913, it’s also one of the world’s most evocative opera stages.

We take a walk around the piazza and take a look at the Palazzo del Municipio and the Palazzo della Gran Guardia, after which we’ll follow the alleyways which lead to the city centre.

We’ll take a moment to do a bit of shopping in Via Mazzini, the city’s elegant commercial hub, and in a few minutes we’re in the Piazza delle Erbe, the ancient Roman forum and one of Verona’s real architectural treasures. 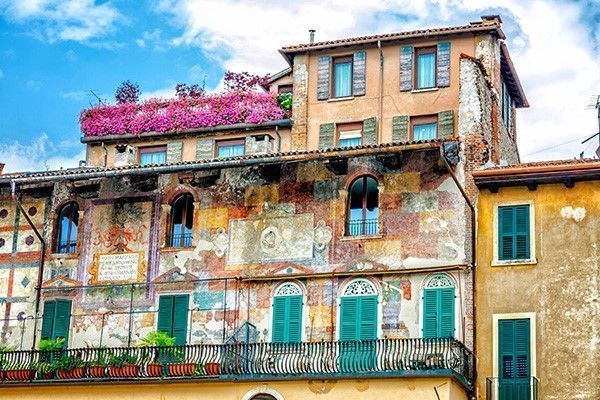 Immersed in an atmosphere that recalls the times of the Guelphs and the Ghibellines, we see a group of houses facing the north side of the square, the Case Mazzanti, and we immediately understand why this ancient city was also known in the Renaissance as the “urbs picta”, or the “painted city”.

The façades of the buildings, the city’s oldest, include fine frescoes depicting fake architectural features, geometric designs and imitation tapestries, and are an excellent example of taking something practical, protecting buildings from the elements, and turning it into art.

At 84 metres high, the square is dominated by the Torre dei Lamberti, which dates back to 1172. Visitors can climb to the top of the tower using the stairs and lifts, from where they can enjoy the city’s most spectacular views.

A few steps from the square, at 23 Via Cappello, a name that is likely a reference to the famous Capulet family, you’ll find Juliet’s House. 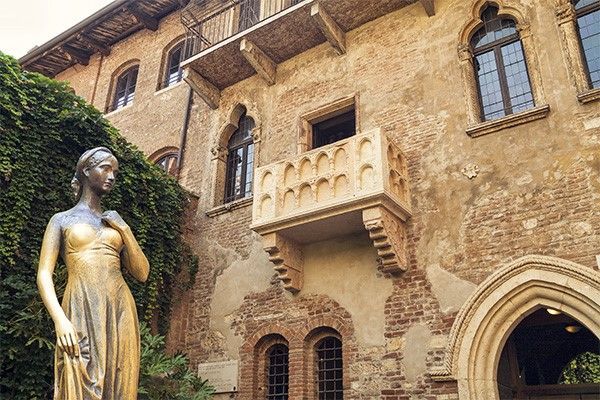 Dating back to the 13th century and restored in the early 1900s, the building’s façade contains the famous balcony on which, according to legend, Juliet waited each day for her beloved Romeo.

There is an enchanting path which takes you from this monument to love to the splendid house belonging to the Montague family. Romeo’s House has a crenelated façade and is just a few steps away. We get a bit emotional when we think of him walking these streets, which were once mainly gardens, his heart beating with desire to see his lover.

We get back to the car and drive around thirty kilometres to go and see another well-known place, for very different reasons, for its captivating and romantic character: Borghetto di Valeggio sul Mincio. 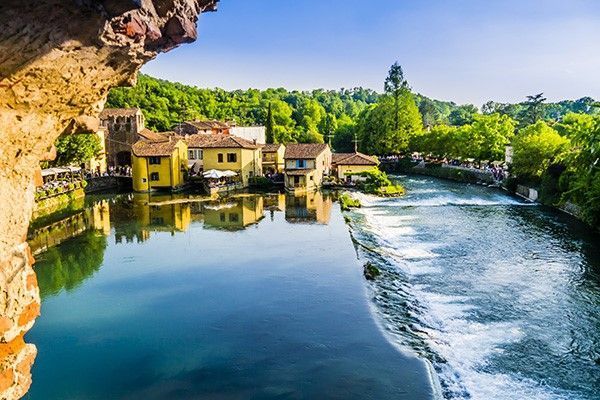 The little town, an area of the nearby municipality Valeggio sul Mincio, rises from the heart of the amphitheatre created by the glacial hills surrounding the plain. The river is dotted with town’s many water mills, once used to produce flour. The beauty of this peaceful town lies in the harmony between history and nature that has been retained over centuries, and its quiet, colourful environment is absolutely the right place to spend an evening in pleasant company.

We sample the famous “Nodo d’amore [Love Knot]”, a type of tortellini pasta that’s typical of Valeggio sul Mincio and which takes its name from an old legend that tells the story of a poignant pledge of love. 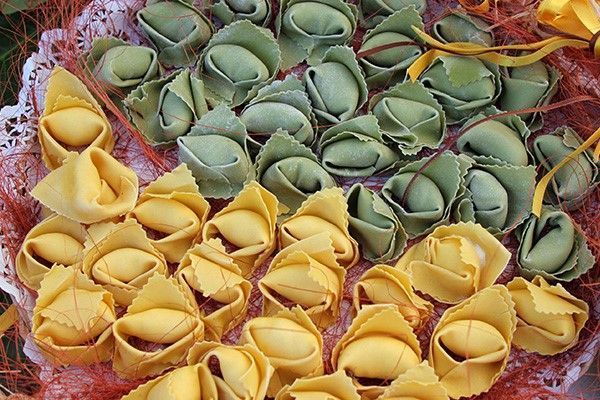 The following day we set off for the final part of this weekend dedicated to love, but we still have one last stop, so we can give our electric car’s batteries a quick charge and visit a very good wine cellar.

This is Caldiero, the last stop on our itinerary.

We leave our car charging at the Be Charge charging point at 7 via Dante Alighieri and use the charging time to take the short walk to a small winery in the town.

This area has excellent wines with age-old flavours, and we spend our time in the wine cellar chatting with one of the business’s owners, who tells us why they love this area so much.

There’s enough time to buy some of the local produce to enjoy later at home, to bring to a tasteful close this weekend dedicated to love.

We get back in the car and…it’s time to go home! 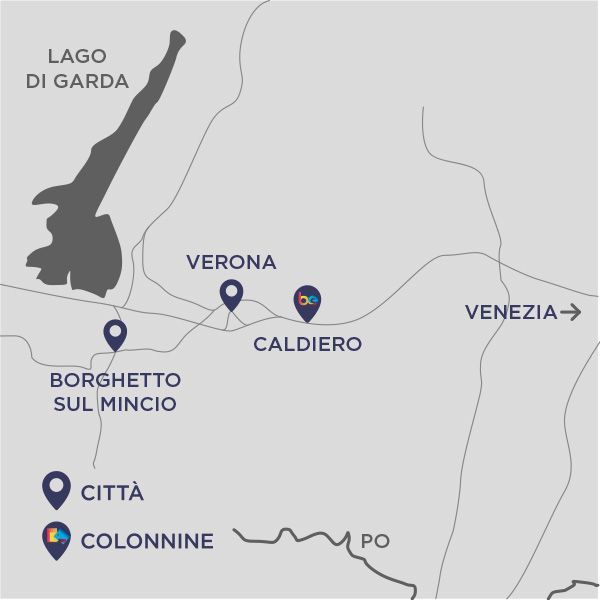 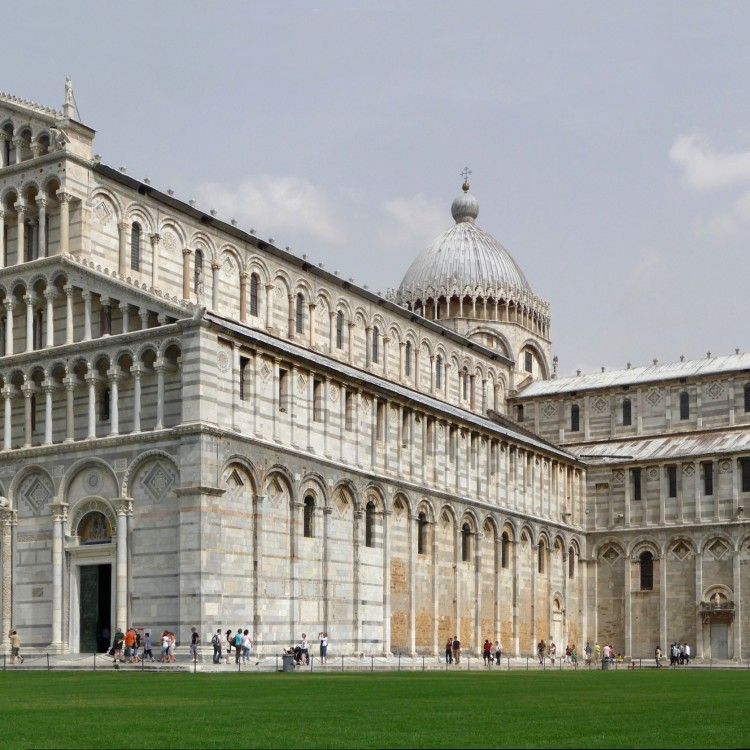 From Florence to Montecatini via Lucca, Pisa and Siena: three electric days in Tuscany 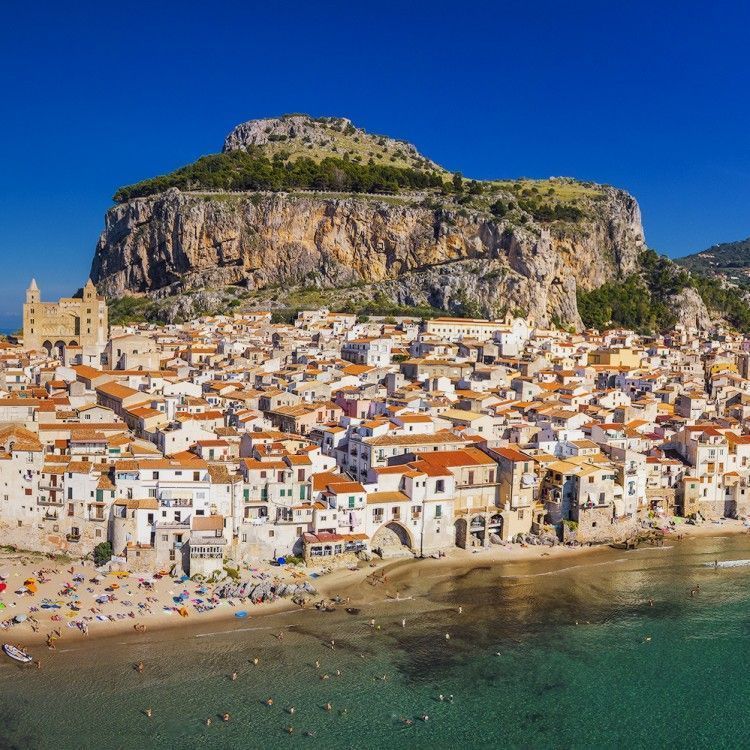 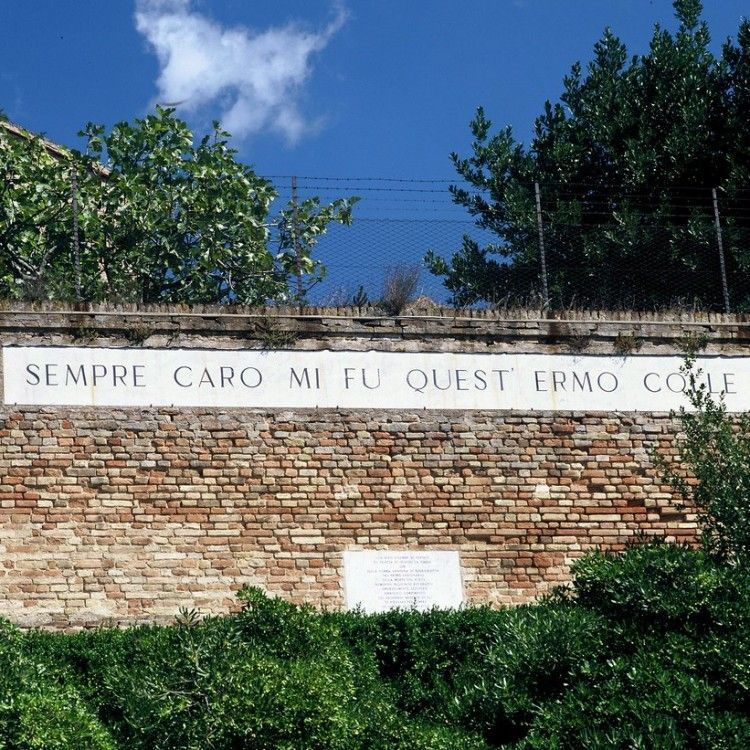 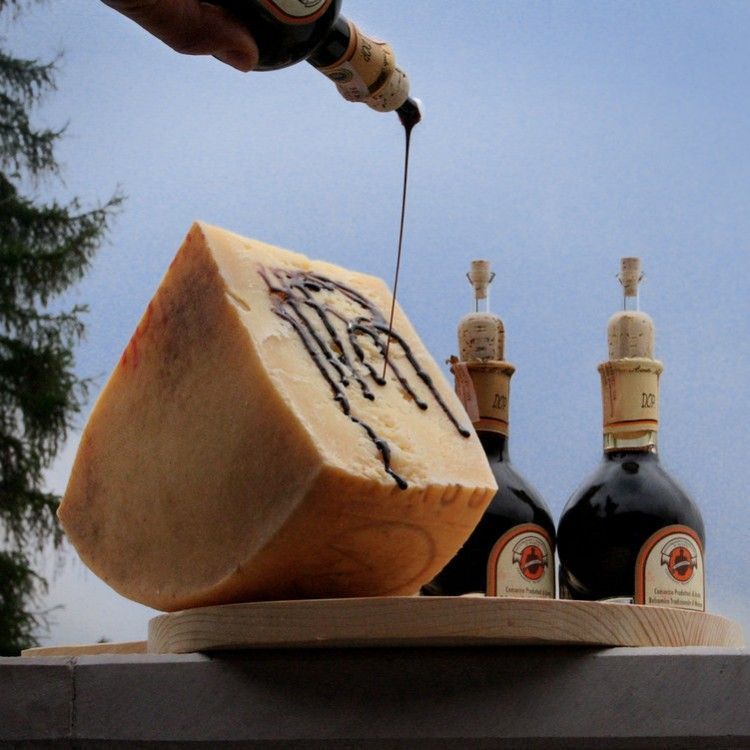